Uber has recently been issued a permit by the Department of Motor Vehicles to start testing their self-driving cars again, nearly two years since the infamous Arizona crash. Specifically, the ride-sharing platform will be operating along public roads in California and Washington DC. However, they will not be running on autonomous mode right away. Instead, Uber plans to have actual drivers at the wheel for the meantime, collecting map data and capturing various driving scenarios, which their engineers will then use to replicate in simulation. They will continue this line of testing until the company is fully confident that the technology is capable of operating on the road once again. 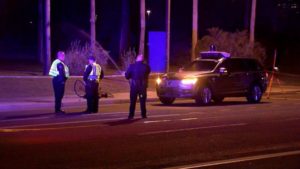 Uber has been testing its driverless cars for years, but had to temporarily halt their operations when one of its self-driving vehicles, a Volvo SUV, rammed into a pedestrian in March 2018. The Volvo SUV was traveling at roughly 40 miles per hour and didn’t slow as it approached a person. The victim, Elaine Herzberg, died in hospital later that night.

Granted, the Volvo SUV did have a safety driver—although he was heavily distracted. After a lengthy investigation, all parties were found partly guilty—from Uber and its safety driver, to the victim herself (since she had left the pedestrian pathway).

Still, this accident has led Uber to be more cautious when it comes to their efforts to enter the driverless marketplace. Since the incident, they’ve only been test-driving their cars in a closed loop in downtown Pittsburgh, where Uber’s Advanced Technologies Group is headquartered.

The Technology Behind Driverless Cars

Self-driving cars work by sensing its environment through the help of built-in tools, like GPS units, an inertial navigation system, sensors, laser rangefinders, radars, and much more. These developments have disrupted the automotive and mechanic industry since its testing phase, as some traditional solutions can no longer be applicable. For instance, driverless cars need a different kind of maintenance—one that involves more than just a working knowledge of car parts. As explained in Altium’s run-down on the various types of PCBs, the circuit boards being used are so advanced that they would need specialized expertise and skill in the event of any repairs, diagnoses, or during the assembly stage. To add to this, Cadence PCB reveals how car manufacturers usually take advantage of multi-layer PCBs when it comes to autonomous vehicles, which further adds to their complexity.

With such intricate technology, it’s only normal for people to raise concerns about its safety. After all, it only takes one small mishap in the circuitry, inaccuracies in the GPS, or even failure at sensor level to cause errors—be it faulty power or loss of control. Then again, a study featured on Vox found that once the technology has been perfected, automotive cars will ultimately be much safer than those driven by humans. After all, the Deccan Herald reports that over 54 million people are involved in road accidents every year, with an average of 1.2 million resulting in fatalities. Most of the accidents involve reckless driving, drunk driving, and running red lights—which are all consequences of human behavior.

READ  Today you Can Get Instagram Followers in No Time!

It took Uber two years to be comfortable about sending their cars back on public roads, and it will probably take them more time until they feel confident about leaving them to drive on their own. Still, with the constant threats on our roads ever present, we should be encouraging their efforts despite the risks. For now, we can look forward to some of Uber’s more immediate ventures, such as pet-friendly rides and grocery deliveries.

How to Download Movies and TV Shows from Kodi 2020

The Covid-19 crisis is leading to more cyberattacks, Here’s Why?

The Most Significant Reasons to Use a Reverse Phone Lookup

Men’s Fashion Lifestyle: Accessories Every Guy Should Have

BUYING THE RIGHT WATCH IS IMPORTANT FOR YOU