The Raspberry Pi is a great little machine—it’s affordable, highly portable, and user-friendly. But when you first get one, it can be tricky to figure out which projects you should take on first.

These Raspberry Pi projects for beginners are a great introduction to the hardware and software capabilities of the Pi. Start with one of these and you’ll be up and running in no time!

Don’t be put off by the barebones appearance of the Raspberry Pi. The projects you can build can be as complex or simple as you like. For this guide, we’re looking at 11 straightforward, basic Raspberry Pi projects for beginners:

The following projects can be run (with varying levels of power) with any Raspberry Pi model.

If you’re new to the Raspberry Pi, there’s something you’ll need to do before you start. Here’s the all-important guide to installing a Raspberry Pi operating system.

One of the few things missing on a Raspberry Pi is a button. You basically plug it in to power up, boot the operating system, and start using the computer.

In short, the computer is crying out for a button of some sort, making this a great Raspberry Pi project for beginners. This is best done using a breadboard and additional wiring, resistor, and the RPi.GPIO library. New to electronics? This project is ideal.

Programmed in Python, this is a great project for any beginner to understand the importance of the Raspberry Pi’s GPIO.

Another simple project for Raspberry Pi beginners is to learn how to control an LED light via the GPIO.

This involves building a simple LED circuit using a breadboard, two LEDs, two resistors, and some suitable wires. Once set up, the circuit can be controlled using Python. You’ll gain knowledge of Python, using breadboards, and how to safely connect components like LEDs and resistors.

Sensors and alarms are often considered to be tricky, but your Raspberry Pi can work with hardware via the GPIO.

Creating a simple motion sensor and piezo buzzer alarm will teach you the basics of working with external hardware with the Pi, and this project uses Python, so you’ll start learning a bit of that, too.

All you’ll need is any Pi model, a passive infrared sensor, a piezo buzzer, a single resistor, and some wires. A breadboard may be useful, too. An alternative take on this is to create an alarm system with an Arduino board.

While the components for this project might be more expensive than others it results in a tasteful digital picture frame. It might look good on your mantlepiece, on the wall, or even next to your bed.

A Raspberry Pi, an LCD screen and controller, and a frame are all you need to get it up and running. If you have an old monitor lying around or can scavenge one from somewhere, you’re all set! Our take on this uses the official Raspberry Pi Touchscreen display, an affordable component available on Amazon. 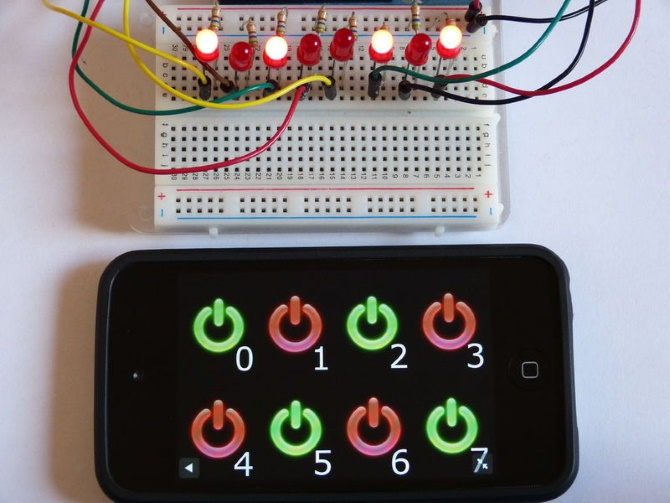 Setting up your Raspberry Pi to be controlled remotely is a great way to start learning some of the code that’s required for your Pi to interact with the outside world.

This demo shows you how to turn LEDs on and off from your mobile phone through a simple user interface. Scripts are provided, so you won’t need to stumble your way through a lot of complicated coding. Looking through those scripts will teach you a lot about how to set up web-based apps for your Pi. The Raspberry Pi comes with a bunch of great features, designed for a wide selection of uses. One by-product of this is that it doesn’t have a way to easily reset the device. Instead, the Pi is rebooted using a terminal command or the desktop menu.

READ  What Is the Best Image Editing Software in 2019?

To get around this, you can add your own switch. This is a simple Raspberry Pi project, requiring either a pin jumper or a push-push switch and wires. A few terminal commands must be entered, but when you’re finished resetting the Pi will be easy. 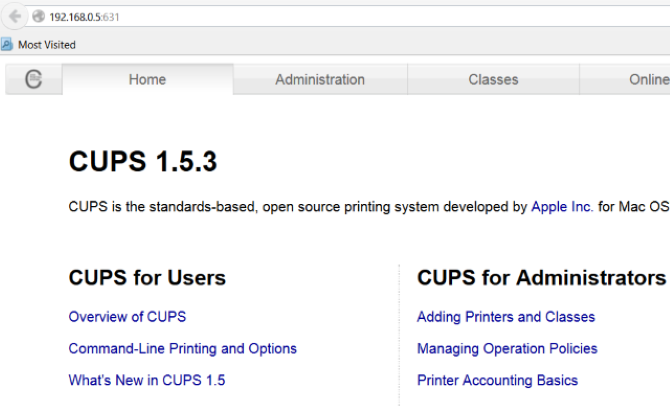 Wireless printers are great and these days they’re affordable. But if you have an old USB printer knocking around, don’t send it to landfill just yet.

A Raspberry Pi can make an old printer wireless with a few simple commands. If your Pi model doesn’t have built-in Wi-Fi, you can buy a $10 Wi-Fi dongle. Simply insert the Wi-Fi dongle, plug in your printer, enter some commands, and remote printing will be enabled in minutes.

This is an easy Raspberry Pi project with a really useful purpose, so if you’ve got an old printer, try it out!

One of the key aspects of the Raspberry Pi is to promote computing and programming skills. Thanks to the software included with the Raspbian operating system, you can program a game without coding skills.

Raspbian includes Scratch, a visual programming language aimed at children. With just a few mouse-clicks you can create a basic game using block-based programming. Our guide to creating a basic game in Scratch will get you started on the road to programming.

Sonic Pi turns your Raspberry Pi into a music-coding machine, letting you use basic programming skills to make music. This can be anything from sound effects and short samples to full-length songs.

Although Sonic Pi uses its own programming language, the principles you’ll learn while making songs translate into more traditional languages. Leave yourself plenty of time to play around with this one—it can be quite addicting!

Particularly suited to more recent Raspberry Pi models, game server projects are remarkably straightforward. All you need to do is make sure the Pi is connected to your network, then install the server software for your preferred game from the command line.

Various games have servers that will run on the Pi, including Minecraft, Quake, FreeCiv, Terrarria, and OpenTTD. If you have any compatible games running on another device, you can set up network play sessions on your Pi.

If you’re looking for easy Raspberry Pi projects without any wiring requirements, this is a great option.

We’ll finish with this slightly self-indulgent build. This is a beginner’s Raspberry Pi project that plays a tune when you enter the room. It requires some additional hardware, however, including resistors and a reed switch.

To play the music or sound effect when the door opens, the reed switch is attached to the door. Wiring, code, and a connection to the Pi’s GPIO is required for this build. While this might appear complicated, the project is in fact one of the simplest Raspberry Pi projects you’ll find.

The project tutorial video above will explain this in more depth.

With all these great Raspberry Pi projects for beginners, you’re sure to come across something you’re interested in. The best way to get started is to just pick a project and get going; you’ll learn the basics of how to use a Pi, and might even get some ideas for your own Raspberry Pi project


26 Awesome Uses for a Raspberry Pi


26 Awesome Uses for a Raspberry Pi
Which Raspberry Pi project should you start with? Here’s our roundup of the best Raspberry Pi uses and projects around!
Read More

Fulfillment By Amazon: 7 Things You Need to Know

Amazon may Delivered your Package by a Drone

5 Tips for Residential Moving: How to Make Your Move a Success

Highlights of Vietnamese football in 2019

Football is considered a king sport in all sports. The football matches bring viewers a lot of emotions, from bursting with emotion to regret....

Write For Us Now we are accepting guest post into our website and start writing. Please email your articles at [email protected]   Welcome to...

Stellar Converter for MBOX is designed to facilitate the change from MBOX format to MS Outlook PST documents. It is a flexible tool, as...